Where do I go from here ?

My time as a high school photographer was coming to an end. Our little gang of darkroom dwellers had grown very close in a couple of years and we did a lot of things together outside of school. Our favorite group activity was backpacking. Explorers Post 477 met once a month to plan trips into the wilderness with everything we needed carried on our backs. When you spend a few days with people hiking for miles, sleeping in the open air, cooking on campfires, and generally just messing around, you get to know them pretty well. It was a coed post so there were always separate camps depending on who you were with, who you wanted to be with, or, who you just ended up with. The one common thread that bound us all was the camera. We would hike in and set up camp. The first night, fires would blaze until the wee hours while we sat around just being ourselves, talking about anything and everything. The next morning would be "exploring day". Cameras in hand, we would take off together in search of mischief and cool things to shoot. I remember saying "lets follow this little waterfall up to see where it starts" during one of our outings. What started as a quiet little trip up the hill turned into a full on quest to see where that darn thing was coming from. There were times when we were almost waist deep in water as we waited our turn to climb up the next drop off because we were sure it was going to end right up there. It got to the point of comical as we were drenched by the "now larger waterfall" we had found that was feeding the small one we had started following in the first place. By the time we returned to the camp, we were soaked but happy. We had all shot tons of photos with the film the school had so nicely provided and, no ones camera had ended up in the water. They were some of the best times of my life and I cherish them all. Our memories were, for the most part, captured on film by one or more of us.

Always from a different angle.

Usually never of the same thing.

Yet we all shooting at the same place and time.

Posted by Tony Hernandez at 10:43 PM No comments: Links to this post 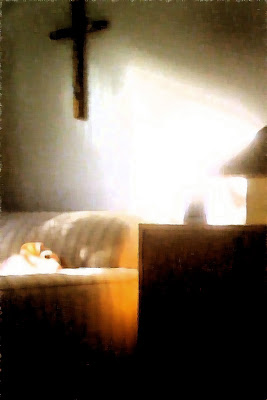 Posted by Tony Hernandez at 9:46 PM No comments: Links to this post