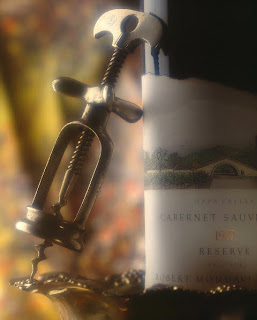 Posted by Tony Hernandez at 12:25 PM No comments: Links to this post

I couldn't believe it! I now had a real life, honest to goodness, 35mm SLR camera! It may sound like I'm making a big deal out of such a small thing but, at that moment, I was in heaven. On our way out of J.C. Penny's, we stopped off at the camera department to pick up some film. The guy sold me a couple of rolls of Kodak "Tri-X" black and white. He said it was the best film you could have in your camera because it was "fast and versatile". I had no idea what that meant. I just knew I wanted "the best". We got home and I tore into the boxes that held my new possession. [ O.K. , I didn't really "tear into them". But I sure got that camera out in a hurry. ] It was all new and shiny. The lens was spotless. There were dials and levers everywhere. It was at that moment I suddenly came to the realization ..... "I had no idea how to use this thing"! Up until then, the closest I came to a real camera was my cousin Bobby's Minolta. Oh well .... I guess I will just have to read the instructions. I poured through the manual, looked at the illustrations, and figured I knew enough to get things going. I prepared to "load my camera" for the first time. By the way, one of the reasons the Canon TX was only 250 bucks including the lens was because it was the basic, stripped down model. No frills, nothing fancy. Which also excluded Canon's new "QL" film loading. That particular feature allowed you to just place the film leader across the back of the camera, close the back, and begin advancing the film to the first shot in the roll. I had read all about in preparation for my new camera but, unfortunately for me, my camera did not have it. I did exactly as I had read in the magazine ads. All loaded up, I headed outside to "capture the world". It was amazing how different things looked through the lens of a camera. Different angles gave different results. I blasted through that first roll of film in record time. Shooting anything and everything. Our dog. My house. The ditch behind our house that looked like a shear cliff through the viewfinder of my new TX. It was a blast! I headed back to the house to reload. I guess I didn't read the part about loading and unloading very well. I just opened the camera back without "rewinding the film" back into the cassette! It was then that I realized two things.

1. You must rewind the film back into the cassette before you open the back of the camera.

2. My camera didn't have the QL loading system so, every shot I took on my first day out with my new camera wasn't there.

I had spent my time shooting without film going through the camera. It became a valuable lesson about reading the instructions, learning how to load a camera correctly, and taking what I considered at the time to be "a new toy", seriously.

Nothing about photography would ever be the same for me again.

I had to have one

After my cousin Bobby had left for home, I just couldn't get that camera out of my mind. I was a sophomore in high school at the time. I wasn't making much, if any money but, I knew I had to find a way to buy a 35mm camera. I did odd jobs around the house and restaurant . Not much money there but, it was a start. While visiting the J.C. Penny's at Tri-City Mall, I found a Canon TX with a 50mm 1.8 lens for around 250.00. It wasn't the Minolta my cousin had but it was cool enough for me. It had all of the basics. I put down what little money I had saved and put it on "lay away". We went to the mall weekly so, I would visit the camera department and look at the Canon cameras they had on display. It was making me crazy. There had to be a better, faster way to get the camera paid for. As we returned home for the mall one day, I saw my Honda Trail 70 sitting there in the carport. I thought about it for a while then, decided to sell it in order to get the camera. For the record, Honda Trail 70s are now quite collectible and fetch anywhere from 1000.00 to 2500.00 depending on condition and originality. But back in the day, a used one was worth around .... 200.00 bucks. Which was just about how much I needed to buy the Canon TX. Within a week, my dad had found a guy who was interested in buying my Honda. He paid me the full 200.00 and off it went. I have to admit, I was a little bummed to see it go but, I now had the money to get my camera. I had no idea it would begin a life long journey into the world of photography. My mom took me to J.C. Penny's that afternoon. I went to the layaway department and plunked down my money. The lady behind the counter took it and went to the back to get my purchase. When she came out, she had a strange look on her face.

I can remember it like it was yesterday. She said " that's a lot of money for two small boxes".

She still looked puzzled as we walked away.

Posted by Tony Hernandez at 7:42 AM No comments: Links to this post