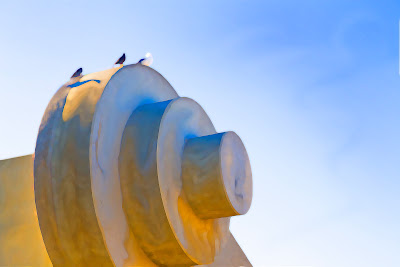 Posted by Tony Hernandez at 9:46 PM No comments:

One of my most prized possessions was a Honda Trail 70 with a 4 speed and a clutch. My neighbor and best friend Tony B. had one too. It was orange with the black stripe. No lawnmower powered mini bike could keep up with us. Drags on the "Victoria Speedway" [ Evergreen Road before it was paved ] were so much fun. I had a great time riding it. I even jumped it on occasion. Nothing too big mind you. Just a little air every now and again. Then, my cousin Bobby from Washington state came to visit while on leave from the Army. He was a paratrooper like my uncle Mike. He had just returned from Japan and decided to pay us a visit before he went home to Washington. While overseas, he had picked up a Minolta srt201 camera with all of the goodies. Wide angles, Telephotos, flashes, slaves [ I had no idea what they were but, they were cool ] and all sorts of film. It was the coolest thing I had ever seen. He let me check it out. Look through it. He changed the lenses, then proceeded to tell my uncle Mike about all of the things that were in his camera case. I don't think my uncle had any clue about what Bobby was talking about.

But I knew. The Honda's days were numbered.

It was the coolest thing I had ever seen. 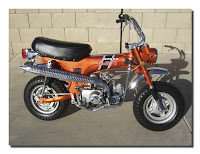 Posted by Tony Hernandez at 5:49 PM No comments:

I've been asked, on many occasions, what a "commercial photographer is" after responding to the question: "what do you do for a living?" So let's just clear that up right now. A commercial photographer is a person who "shoots photographs for money". Plain and simple. Not that all photographers consider themselves as such but, that's just the way it is. It's what I do and how I make my living. My first realization that one could make money shooting pictures came not too long after getting that Polaroid camera from my dad. As my good fortune would have it, my parents owned a bar and restaurant right next door to our house. A locals kind of place in Victory Acres that turned into a Mexican music extravaganza on Friday and Saturday nights. The place would be packed. A live band would be playing the "unda-unda-unda" bass line of the songs while the patrons danced and drank the night away. Sounds pretty romantic, doesn't it? Well, to tell you the truth, it was kind of fun, and a drag, all at the same time. Everyone in the family had to work there at one time or another depending on where one was needed or, to fill in for someone who didn't show up. Filling in was the drag part. The fun part was taking money at the door for a cover charge on the weekends. Being a "trust-worthy" son, I was tasked with collecting the 1 dollar cover as the people came in. This is where the Polaroid camera and making money shooting pictures thing came about for me. I had been messing around with the square shooter Polaroid for a few weeks. It was fun but, there had to be more. Then it hit me! I had a plan. All I had to do was, skim 8 dollars from the cover money, take a short break during the evenings work, pop over to the Circle K, grab a pack of film and flash cubes, and get back to work. Only this time, with my trusty Polaroid. By now, everyone was having a good time. Drinks were being consumed. Life was good. It was then that I would pull out my Polaroid and tell people:  "Hey, I'll shoot your picture for 2 bucks." It worked like a charm. Within a half an hour, I was able to sell all of my Polaroid pictures to the patrons, return the original 8 dollars to the cover charge money, and still have a profit of 8 dollars after. If I did it a couple of times in an evening, I had 16 bucks by the end of the night. Not bad dough for a 12 year old kid in 1972. 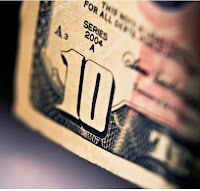 Posted by Tony Hernandez at 10:21 AM No comments:

When I was a kid, around 12, my dad gave me a Polaroid Square Shooter II camera.  Also included were a package of film and a couple of flash cubes. My dad was always good at "random gifting" so, when the camera came about, I thought it was pretty cool. I loaded it up and started snapping pictures. I can't even remember what they were of. I vaguely remember shots of family members and the Polaroid film not always coming out of the camera right. Boy was that a mess. But when it did come out right, it was awesome! The first 8 pack of film went fast. I had to have more. There was something about this, about capturing a moment in time, that grabbed me right then. It's weird, but I have always looked at photography as capturing a moment of time forever. It was there, then it's gone. Except for the picture just taken. Weird ... right? Anyway, off to the Circle K across the street for more film and flash cubes. I started taking Polaroid shots of anything. It got to the point where I could get the film/print to come out correctly almost every time. I wish I still had some of the original shots I took with that camera. It's what started it all.

Posted by Tony Hernandez at 9:43 AM No comments: